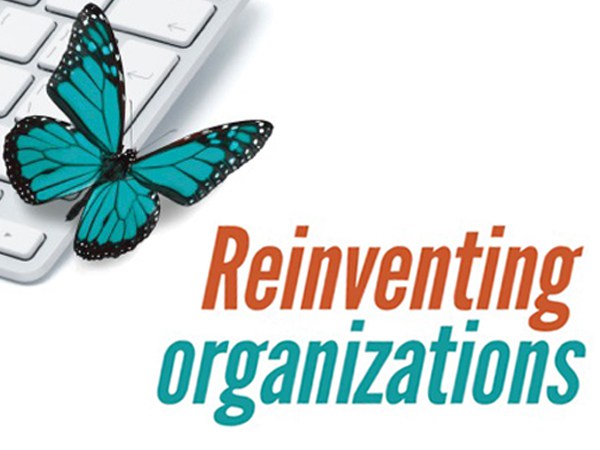 What Wants to Happen? Teal Tribe Comes Home to IEC 2016

I recently asked Frederic Laloux where he saw all this Teal stuff going. He replied with an analogy. “I see the book as being one wave in what’s really an ocean,” he said. “There is so much energy out there around this topic, that it would be foolish for me to pretend I know how this energy will manifest and bloom.”

He’s right, of course – no matter how much our ego might wish it were otherwise. In the same way that an ocean wave is symbolic of the interplay between vast forces, what we call ‘Teal’ is shorthand for profound shifts occurring on the world stage. Some of these shifts are easily described, perhaps can even be influenced. Others are more mysterious.

Sensing the ocean, making it visible, and amplifying those waves as they arise is the goal of this magazine, Enlivening Edge. It’s also the goal of Dennis Wittrock and Bence Gánti. As co-directors, they invited EE to partner with them in creating a ‘Teal Organizations Track’ at the Integral European Conference, the largest gathering of its kind on the continent.

This is the ‘Teal’ tribe coming home, in a sense, because it was the Integral framework, and its description of ever-developing stages of consciousness, that inspired Laloux to go hunting for next-stage organizations in the first place. So it’s with a sense of proximity much closer than our respective distances – Bence in Hungary, Dennis in Germany, and me in the United States – that the three of us speak together via Skype about the conference.

Bence puts it this way:

“There is an invisible field connecting us – call it what you like: social, collective-unconscious, spiritual – the deeper we go inside, the more we start to sense what wants to happen, and we find ourselves being not so much the dictators of our own ideas, but the facilitators of what wants to happen. I have that component in my work: it’s all about being a facilitator of the flow. Not a superficial wandering, but a sense of evolutionary direction that wants to emerge from people. That’s our evolutionary purpose. We don’t know where we are headed in the long-run. It isn’t predetermined. But being in a facilitator position, it’s deeply exciting. I don’t feel it’s a job, I feel it’s life or spirituality, being in the flow of life.” 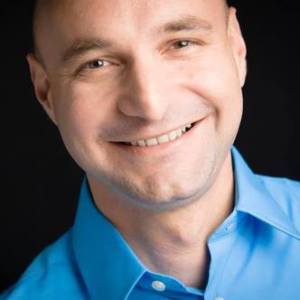 Bence comes by his craft, this “facilitation of what wants to happen,” through experience. When he and Dennis met in 2010, both were leading the Integral Academy of their respective countries from a place of relative isolation. At the time, there was no community of Integral theorists and practitioners visible at a European scale. Ironically, it was in the United States, at the Integral Theory Conference, that the first seeds of such a community were sown. When Dennis encountered Bence, he was immediately struck by the resonance between him and his Hungarian counterpart.

“Bence’s program was more refined than anything I’d ever seen,” he told me. “So in 2012, I invited him and other leaders in the Integral space to discuss what was going on in our countries, to get some insight into what was going on throughout Europe. I wondered, how many others like Bence are out there?”

That initial gathering in Berlin in 2012 brought together 21 people, representing 14 countries throughout Europe.

Afterwards, there was a sense of celebration – that what had wanted to happen, what others were longing for in isolation, was finally coming together.

“That’s where the excitement started. There were 5 people there who crystallized as a core team to carry this impulse forward into a project.”

That “project” has since grown to become the largest Integral gathering on the continent with 500 people visiting the first IEC in 2014. It’s here that Bence and Dennis hope to make a big swath of that evolutionary ocean visible, and where they see their roles as “facilitators of flow” energized with the deepest joy. Their goal is threefold: support the community of Integralists to discover each other and make connections; sense what is newly emergent from the field and explore it together across disciplines; and afford the community a space to reflect on the larger challenges confronting the globe, and perhaps, offer a path forward.

“We wouldn’t miss the chance to use the community to reflect on this, to give a strong emphasis – a keynote dialogue level of emphasis – to discuss the refugee crisis, European relationships with the Middle East, the United States, etc. Look at what’s happening. In the 90’s we said, ‘Look what’s coming, this new age consciousness!’ And now look in 2016, where we are with ISIS, a terrorist organization expanding a territory of early-Middle-Ages slavery culture. What is going on? Suddenly Europe is facing something nobody would have foreseen 20 years ago!”

It’s these challenges and more – the growing nationalism of some European states, the debt crisis, concerns about the validity and feasibility of the EU as a whole – plus the nascent Reinventing Organizations movement, with all the buzz and excitement Laloux’s work has generated around the world, which inspired the IEC team to arrive at the conference title for May 2016.

“We are calling it, Reinventing Europe: Integral reflections in a rapidly changing world,” says Dennis.  “There is… a lot of buzz around the Reinventing Organizations movement, Teal organizations, a lot of pull from that side of the street.

So we came up with this marriage, saying Yeah: we need to reinvent Europe, in a way; we need to reflect from an Integral perspective without claiming we have all these solutions… [while] realizing that the old ways we have been working together have become obsolete. We need new fresh approaches. And when we reached out to George [George Por, Founder of Enlivening Edge,] at some point he raised the context that Yeah, this is really around reinventing social systems: medicine, politics, business, spirituality, and all kinds of applications that the Integral approach can tackle and has something to say about.

“The great thing around Reinventing Organizations is that nobody sat down and said, ‘Now with the Integral model, let’s create an organizational structure from theory.’ No, someone was reviewing categories through field research, seeing patterns and bringing attention to those – which is pointing to the fact that even though we run an Integral conference, there are many more people operating from a higher level of awareness that don’t even know the term; they haven’t heard of ‘Integral’ at all. But they’re operating from similar values and worldview, and are usually quite relieved to learn they aren’t alone. Like anyone reading Wilber’s work, saying Yes, this is what I was seeing the whole time, and Ken articulated it so nicely, I see now I’m not alone. Fred’s work is hitting a nerve on something that wants to come into the world anyway. However we want to label it, the quality he is describing is the right one.”

From the beginning, the Teal Org Track was conceived as a weaving together of collective-intelligence, a self-organized gathering of a tribe that is only just beginning to encounter itself.

“At this conference, the real star is the community,” says Bence. “That notion is very much in sync with the Teal culture, that the real star isn’t the head of the company but all the workers of the company. Jos de Blok [founder of Buurtzorg, used as a case-example in Laloux’s book] said ‘Yes!’ to our invitation, so he’s one of our keynoters – and he’s definitely a central pole in his organization – but at the same time, everybody is equally important in a Teal organization.”

It’s this meeting of the Teal tribe, this collective sense-making, that is most exciting to me personally.

“Just have a look at your Facebook friends,” Bence continues, “So many are from the Integral or the Teal world – this is the time to meet them in person and spend several days together.” 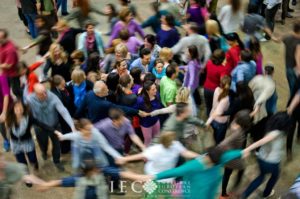 So I start imagining a walk on the shores of Lake Balaton with Teal colleagues whom I’ve only ever met on Skype and Zoom and in Facebook chats, and it has me packing my bags five months early. Of course: this is what this movement of ours needs next: more opportunities to come together as a tribe, to share and expand on what we’ve learned from our corners of the world. Why not come home, to the ground of theory and practice where our lens was first described and honored?

And how interesting and important, that this nascent tribe might now be coalescing into something that might call itself a “We,” for the first time. It isn’t like concepts of self-organization haven’t been incubating in the global zeitgeist for some time; see Frederic’s discovery that many of what would eventually be described as Teal organizations have been around for decades.

Says Dennis, “I ran into Holacracy® and met Brian Robertson in 2006, and I was blown away by the model and tried to bring it out into the world. It’s only in the last 2-3 years that it went large. We invited Brian in 2007 [to Integral Academy], and I myself became a Holacracy practitioner, but it’s only now that this is getting attention. So it’s really the time now that these things are coming to light.”

Now is the time, not only for the models and structures and practices to emerge, but for unique voices to make their presence known among the Integral and Teal communities.

“George was one of the stars on the bus,” says Bence, elaborating on the three-day bus tour organized immediately after the conference, “stepping into the front, giving a speech – and the bus driver was crazy, yelling ‘You can’t step up there!’ – but George ‘opened the door for us,’ and we invited him to become the organizer for the Teal organization track. So thanks to George, and you, and Alia Aurami, and the others who have been energizing this track.”

[If you have something to share, consider contributing your learning to the whole by submitting a paper or workshop abstract here: https://integraleuropeanconference.com/teal-organizations/]

Finally, I ask Bence and Dennis what they dream of emerging from this confluence of communities and disciplines and modalities. “Reinventing Europe” is an ambitious goal. What will we have accomplished, when at last we say goodbye at the Hotel Azúr?

Says Dennis, “I suspect there will still be a plurality of viewpoints and theories around what happens next. I think that would be a healthy outcome, to increase that plurality. For an eco-system to be resilient, it has to be diverse. No need for us to agree to one conclusion: I think we will tune into the field and take home some core messages for ourselves. More importantly, we will feel a sense of unity on more than the mental level. Some heart synchronicities that will inform us, more than just some mental exchanges.”

“A heart-programming effect on the community,” says Bence. “We need to guide it beautifully and with humbleness. It impacts the next two years.”

Dennis continues, “That’s the responsibility of people to be present. Come so that you can make it possible. Join us and add your presence.”

In other words, jump into the evolutionary ocean. How high can we make the waves?

The Integral European Conference occurs every two years. This year’s gathering will take place May 4th – 8th, 2016, at Siófok, on Lake Balaton in Hungary.

Bence and Dennis would tell you not to miss the three days after the conference. This is a bus tour through the civic- and nature-scapes of Budapest and surrounds, during which time, focus is given to deepening relationships and networking. 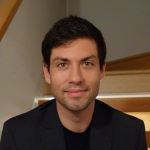 – This article was cross-posted from the Enlivening Edge magazine

Apply to present at IEC