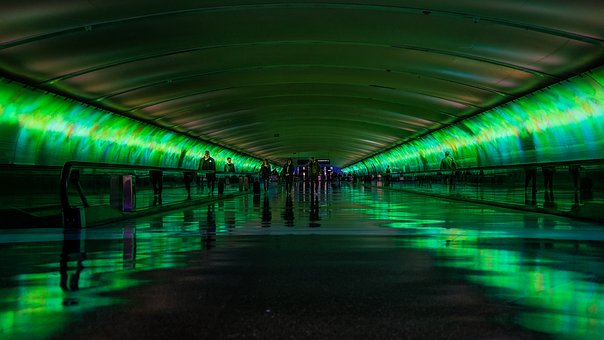 Compiled by Hanna Hündorf from „Trump and a Post-Truth World: An Evolutionary Self-Correction“ by Ken Wilber – Part 2

Every now and then, evolution itself has to adjust course, in light of new information on how its path is unfolding, and it starts (apparently spontaneously but with this deeper morphic field actually operating) by making various moves that are, in effect, self-correcting evolutionary realignments. The leading-edge of cultural evolution is today – and has been for four or five decades – the Green wave (“Green” meaning the basic stage of human development known to various developmental models as pluralistic, postmodern, relativistic, individualistic, beginning self-actualization, human-bond, multicultural, etc., generically referred to as “postmodern”).

it seeks out (that is, part of its selection context rewards the discovery of ) areas that are the most appropriate, most complex, most inclusive, and most conscious forms that are possible at that particular time and point of evolution (in Integral terms, the form that best fits the ongoing unfolding of the AQAL matrix in all its elements).

Beginning in the 1960s, Green began to emerge as a major cultural force and soon bypassed Orange (which was the previous leading-edge stage, known in various models as modern, rational, reason, formal operational, achievement, accomplishment, merit, profit, progress, conscientious) as the dominant leading-edge. It started with a series of by-and-large healthy and very appropriate (and evolutionarily positive) forms – the massive civil rights movement, the worldwide environmental movement, the rise of personal and professional feminism, anti-hate crime, a heightened sensitivity to any and all forms of social oppression of virtually any minority, and – centrally – the understanding of the crucial role of “context” in any knowledge claims and the desire to be as “inclusive” as possible.

The entire revolution of the sixties was driven primarily by this stage of development (in 1959, 3 % of the population was at Green; in 1979, close to 20 % of the population ) and these events truly changed the world irrevocably. The Beatles (otherwise sacrosanct in my view) summarized the whole move (and movement) with one of their songs:

“All you need is love” (total inclusion rules!).

But as the decades unfolded, Green increasingly began veering into extreme, maladroit, dysfunctional, even clearly unhealthy, forms. Its broad-minded pluralism slipped into a rampant and runaway relativism (collapsing into nihilism), and the notion that all truth is contextualized (or gains meaning from its cultural context) slid into the notion that there is no real universal truth at all, there are only shifting cultural interpretations (which eventually slid into a widespread narcissism). Central notions (which began as important “true but partial” concepts, but collapsed into extreme and deeply self-contradictory views) included the ideas that all knowledge is, in part, a cultural construction; all knowledge is context-bound; there are no privileged perspectives; what passes for “truth” is a cultural fashion, and is almost always advanced by one oppressive force or another (racism, sexism, eurocentrism, patriarchy, capitalism, consumerism, greed, environmental exploitation); the utter, absolutely unique, and absolutely equal value of each and every human being, often including animals (egalitarianism). 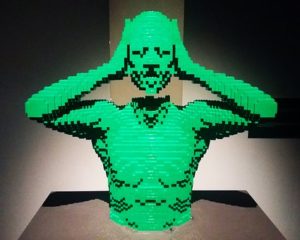 If there was one line that summarized the gist of virtually all postmodern writers (Derrida, Foucault, Lyotard, Bourdieu, Lacan, de Man, Fish, etc.) is that “there is no truth.” Truth, rather, was a cultural construction, and what anybody actually called “truth” was simply what some culture somewhere had managed to convince its members was truth. But there is no actually existing, given, real thing called “truth” that is simply sitting around and awaiting discovery, any more than there is a single universally correct hem length which it is clothes designers’ job to discover.

So it ended up that for postmodernists, all knowledge is culturally bound; there is no universally valid perspective; therefore all knowledge is based on a mere interpretation announced from a privileged (therefore oppressive) perspective; knowledge is not given but is constructed (created, built, fabricated); there is nothing but history, and therefore what any culture takes as “true” today will dramatically shift tomorrow; there is no universal moral framework – what’s true for you is true for you, and what’s true for me is true for me – and neither of those claims can be challenged on any grounds that do not amount to oppression; the same is true for value: no value is superior to another (another version of egalitarianism); and if any truth or value is claimed to be universal, or claimed to be true and valuable for all, the claim is actually nothing but disguised power, attempting to force all people everywhere to adopt the same truth and values of the promoter (with the ultimate aim of enslavement and oppression); it is therefore the job of every individua 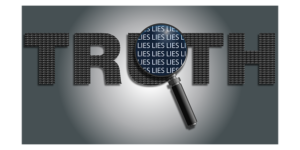 l today to fight all of the authoritarian truths handed to them from yesterday and to be totally, radically autonomous (as well as not entertain any truths themselves that could or should be forced on anybody else, allowing everybody their own radical autonomy as well – in short, to not entertain anything called “truth” at all, which now was seen as always being a power-grab).

You simply deconstruct every single truth and value you find (which, again, usually slid into nihilism and its tag-team member from postmodern hell, narcissism). In short, the aperspectival madness of “there is no truth” left nothing but nihilism and narcissism as motivating forces.

The catch-22 here was that postmodernism itself did not actually believe a single one of those ideas. That is, the postmodernists themselves violated their own tenets constantly in their own writing, and they did so consistently and often. Critics (from Jürgen Habermas to Karl Otto-Apel to Charles Taylor) would soon jump all over them for committing the socalled “performative contradiction,” which is a major self-contradiction because you yourself are doing what you say either cannot or should not be done.

For postmodernists, all knowledge is non-universal, contextual, constructivist, interpretive – found only in a given culture, at a given historical time, in a particular geopolitical location.

Unfortunately, for the postmodernists, every one of its summary statements given in the previous paragraph was aggressively maintained to be true for all people, in all places, at all times—no exceptions. Their entire theory itself is a very Big Picture about why all Big Pictures are wrong, a very extensive metanarrative about why all metanarratives are oppressive. The post-moderns most definitely and strongly believe that it is universally true that there is no universal truth. They believe all knowledge is context bound except for that knowledge, which is always and everywhere trans-contextually true. they believe all knowledge is interpretive, except for theirs, which is solidly given and accurately describes conditions everywhere. They believe their view itself is utterly superior in a world where they also believe absolutely nothing is superior. Oops.

Beginning over two decades ago, in his book „Sex, Ecology, Spirituality“, Wilber summarized this postmodern disaster with the term aperspectival madness:

„In a recent U.S. courtcase, a Chinese man found his wife, also Chinese, having an affair. He took a claw hammer and savagely beat her to death. He was Acquitted on the „multicult defense“: that‘s what they do in China, and we have to honor cultural differences, since no perspective is „better“ than another. Aperspectival madness.“

If you are interested in discovering what could be the next potential stage after Green postmodernalism, come and join us for the open space process at the Regathering in Vienna!

JOIN US IN VIENNA!