Vegan – All Quadrant Considerations for an Integral Diet 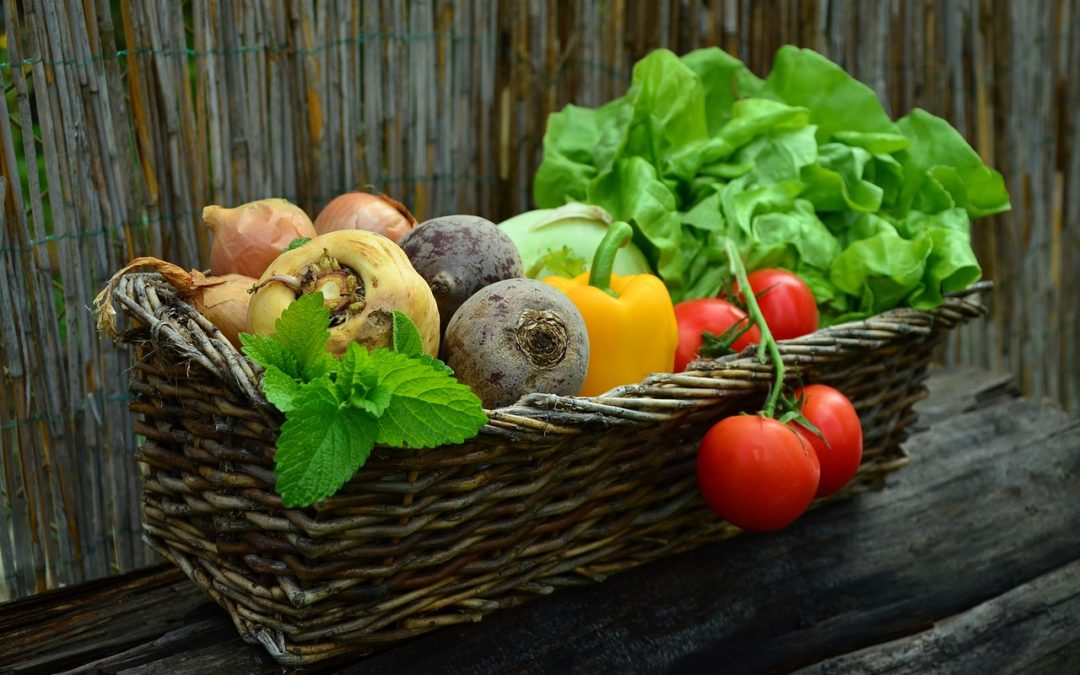 Eating is a fundamental human need. Despite this, diet, and its various implications, is a topic that has not yet gained a great deal of attention in the integral community. What we eat not only has a tremendous impact on our health and environment, but is also a way of expressing our identity, cultural and social norms and values. Therefore, changing our eating habits could not just positively contribute to our personal health, but ultimately act as a catalyst for individual and collective transformation. The impact of our eating habits concern all four quadrants of the AQAL Matrix and have the potential to both strengthen green value systems and enhance the shift to 2nd tier integral consciousness. This introduction seeks to give a brief overview of the many interconnected aspects of eating and how what we eat influences the inner and outer worlds we inhabit. 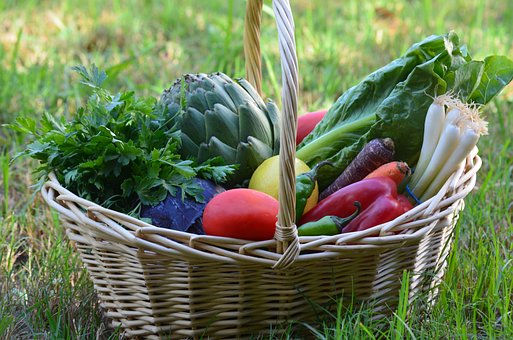 Eating in times of increasing complexity

In times of widespread ecological degradation and climate change, factory farming and industrialised agriculture, inequality and armed conflict, one might say that issues more pressing than food deserve our attention. From a conventional perspective, rich western countries and most of the global south have successfully managed to establish overall food security through technological advancement, which seems to be a successful tool to combat food scarcity in regions still suffering from hunger and malnutrition. This mindset, stemming from a mostly orange conventional value system, employs itself mainly with increasing productivity, an approach with very dangerous consequences for our natural environments. The efficient production of food by the agricultural industry has most certainly allowed us to shift from an agrarian- to an industrial-, service- and ultimately information-economy, responsible for the many amenities western life has access to, including the permanent availability of affordable animal products such as meat, dairy and eggs.

The Pathology of today’s food production

What was initially seen as a huge success of our civilisation’s development seems to increasingly reveal its many pathological aspects, causing new problems that have yet to be overcome. The chronic overconsumption of animal products is responsible for a broad variety of diseases and rising global levels of obesity. Additionally, the negative environmental impact of industrialised animal agriculture has, at least in terms of greenhouse gas emissions, overtaken that of motorised traffic. In developing countries, arable land is being used to produce concentrated feed for livestock designated for western markets, threatening local agriculture and food supply. Globally, 70 percent of arable land is used to produce livestock, a tremendous waste, considering that, on average, it takes about 13 calories of plant-based feed to produce 1 calorie of meat. At the risk of oversimplification, it can be noted that current patterns of food production and consumption have negative impacts on all parties involved.

Despite all this, the greatest victims are of course the animals. More than 60 billion animals are being slaughtered every year for human consumption. Meat consumption thereby drives the biggest exploitative system the world has ever seen, and increasing global demand for animal products pushes those numbers higher every year. Despite various attempts to produce ecological meat and to conduct ‘humane’ slaughter, animal products are always the result of violence, as it is impossible to achieve the extraction of meat from animals on a voluntary basis. Inquiries into the practices of meat, dairy and egg production clearly reveal the atrocities that make animal products so affordable and available.

At the same time, research is successively confirming that animals are not just sentient beings, but have most complex cognitive capabilities, emotional experiences and social relationships. The understanding of animals, at least from a scientific perspective, is changing dramatically. What people have always known about their cats and dogs, namely that they have deep inner lives and distinct personalities, is now being attributed to other animals such as pigs, cows, chickens and even fish.

Already some decades ago, probably as the result of a more widely emerging green value system, people began to question industrialised food production, the use of chemical pesticides and fertilisers and factory farming. It was the birth of the organic movement, which hoped to make agriculture and its products more healthy and sustainable. Equally, moral considerations of animals and their exploitation led to an increase in the number of vegetarians in the west, who, in some European countries, make up up to 10% of the population. The vegetarian and organic, regional and fair trade trends were the first direct response to the pathological developments that modernity inflicted upon food production. However, even though these developments are most certainly a step in the right direction, a fundamental problem has remained largely unaddressed: our moral stance towards animals. 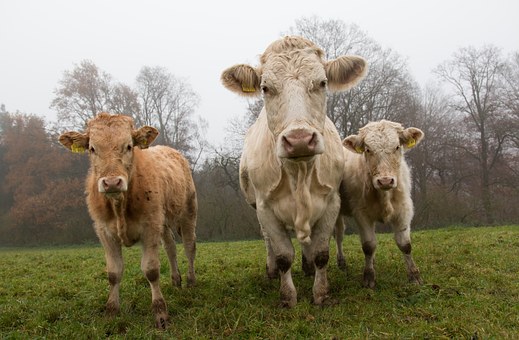 Compassion for all sentient beings

As visionaries such as Jean Gebser, Sri Aurobindo and Ken Wilber have observed, evolution is moving from ancient/self-centric over traditional/group-centric and modern/world-centric towards postmodern/pluralistic and ultimately integral/universal stages, with even more advanced stages most likely to emerge in future. Although there have been various attempts to argue, on a philosophical level, that non-human animals deserve our compassion and should not be treated as objects, such discourses have not yet penetrated both mainstream academia or society at large.

Despite increasing interest in concepts such as animal welfare, animal ethics and animal rights, these ideas remain largely ignored by the masses. Some religions have acknowledged animals as sentient beings and thus promoted vegetarianism or veganism as expressions of compassion towards animals. However, secular societies, with a gravitational field of collective values centred somewhere between orange and green, still lack a thorough understanding of animals as conscious beings with legitimate interests. If evolution is to be understood as a horizontal increase and vertical deepening of consciousness, it would imply that we must acknowledge that animal consciousness differs from human consciousness, if at all, in degree, but not in kind.

Since more and more people are moving towards an integral stage, they are successively widening their compassion to embrace not just all human beings, but all sentient beings. Consciously avoiding the exploitation of animals would, therefore, be a logical consequence, as scientific research has sufficiently proven that animal products are not necessary for human health. About 1% of the western population have adopted a vegan diet and are living proof of this.

Veganism in all quadrants

Adopting a vegan diet is a process that involves and concerns all 4 quadrants. Our current eating habits are the result of multiple factors such as individual taste preferences, our emotional attachment to food and our moral concerns (or ignorance) towards animals and the environment (UL), but are equally shaped by the overall eating culture, dietary trends and ethics (LL). These eating patterns materialise in and are maintained by our economic and agricultural system, legal provisions regarding the status of animals and the available selection of food in shops and restaurants (LR). Finally, the actual products we eat impact not just our individual health, but most importantly the lives of the animals we choose to consume, or abstain from consuming. Shifting to a plant-based/ vegan diet, free from animal products, has therefore the potential to positively influence phenomena in all quadrants, acting as a catalyst for individual and collective, interior and exterior development.

On the individual/interior level, the increased compassion for sentient beings leads to a stronger moral consideration of animals, that override egoistic preferences for certain tastes and foods. On the collective/interior level, veganism might strengthen the ethical status of animals and expose how collective cultural values, invisible and most often unnoticed, are encoded in our eating habits, making it difficult for us to change them. The more people shift to a vegan diet, the bigger the impact also on the economic and agricultural systems that co-create a situation that not just causes tremendous suffering to billions of animals, but has most severe negative impacts on our ecosystem, our health and global food security.

Overcoming the morphic field of violence

Of course, veganism cannot solve all the problems our planet is experiencing. Nevertheless, it can be one of the many necessary contributions towards a more just, equal and compassionate future. Although it may be hard, or currently impossible, to scientifically proof, the unnecessary slaughter of 60 billion animals per year quite possibly leaves a morphogenetic imprint of violence that generates a strong regressive current back into the realms of aggressive, egocentric and ethnocentric consciousness. Conversely, the adoption of a vegan diet by more and more people around the world could reverse these tendencies and catalyse the transformation towards inter- and trans-species compassion. As people are most inclined to adopt a new way of life when they see others doing so too, the question is: What are we waiting for? 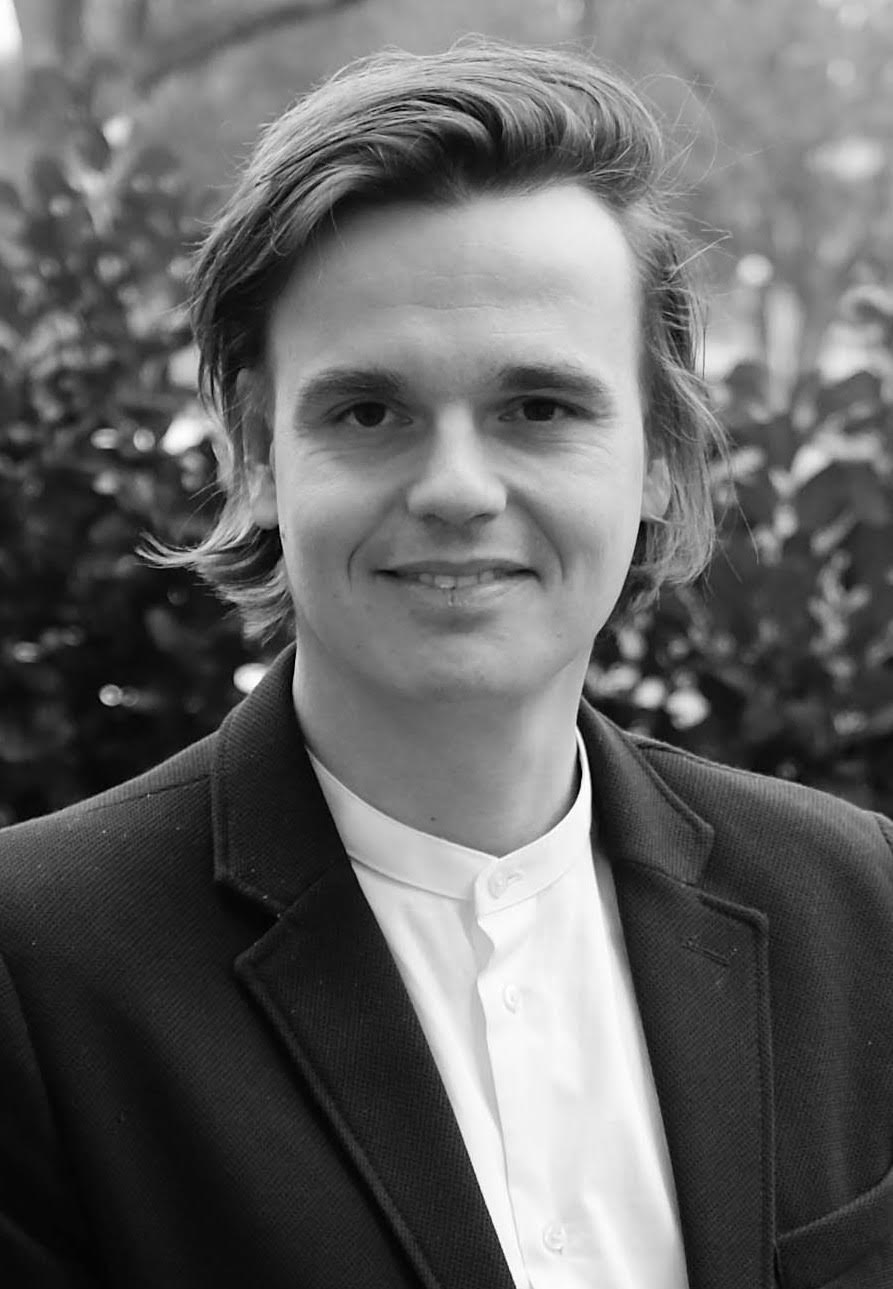 Petr Kudelka studied law, human rights and jazz guitar, currently working for the Vegan Society of Austria, coordinating a project on the human rights of vegans. He also works on human rights implications of community policing and data protection. He is interested in animal rights, drug policy, psychedelic research and ecological sustainability and is a passionate musician and meditator.