Sayalay Anuttara, an ordained female monk in the Burmese vipassana tradition of Pa Auk Sayadaw presents at IEC on 26th of May, Saturday morning after Raymond Moody and Roger Walsh “Words of inspiration from a Buddhist Nun with healthy amber and green”. She also leads a meditation practice Sunday morning.

Sayalay Anuttara with English origin spent the last 12 years in the depth of Burmese monasteries with high results in meditation, and as a young talent in meditation she is familiar with all the meditation instructions used in the jhana-vipassana path. She also sat 1 year in a cave alone last year. 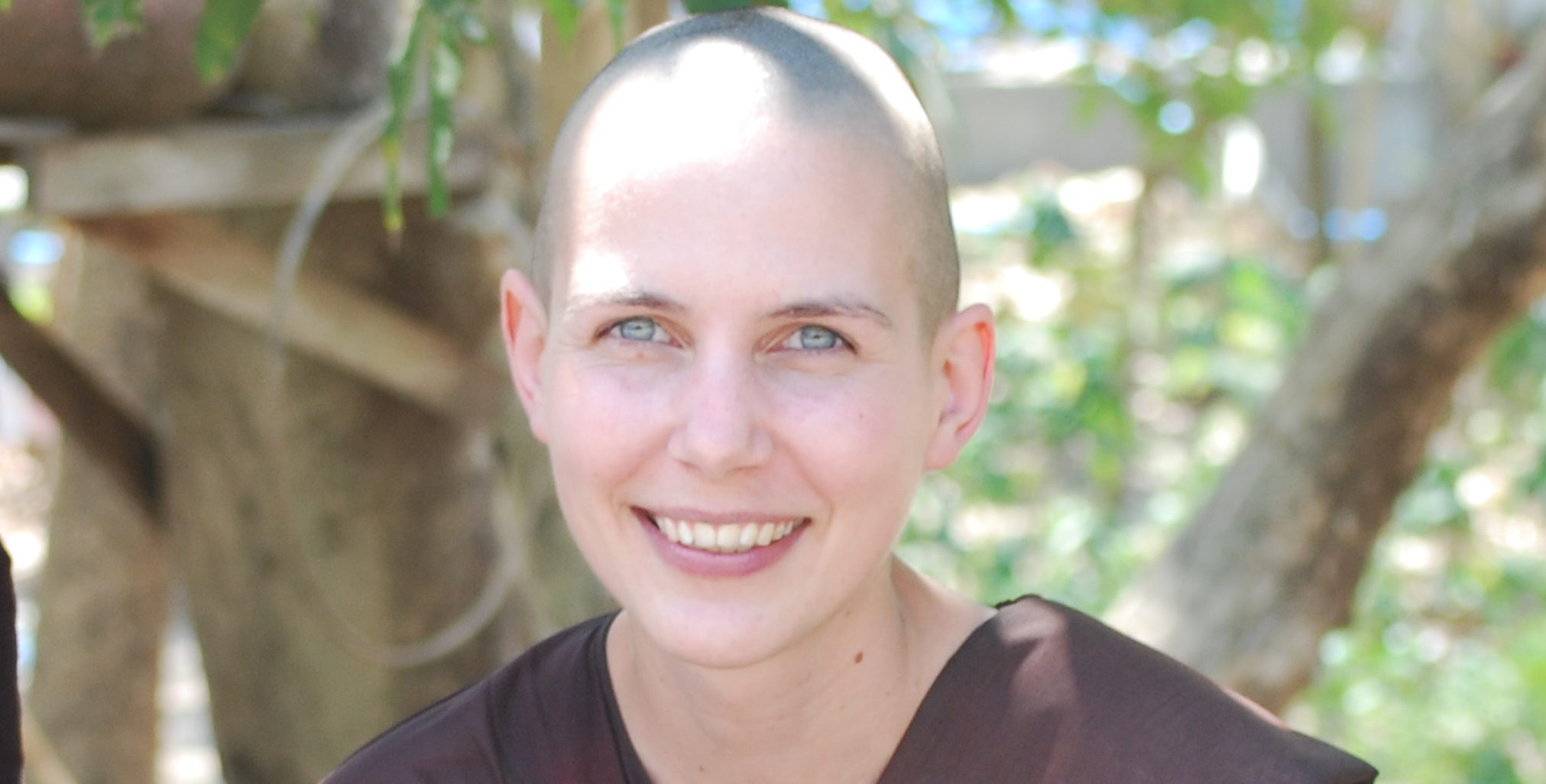 Sayalay Anuttara gives meditation retreats newly in Europe. She is unique with an illusion-cutting, gentle and compassionate presence. She doesn’t give “one fit all” instructions on her retreats but gives instructions to each person individually followed by daily individual interviews and practice with her. She has the eastern purity of teachings with western clarity and with Rogersian person-centerdness.

Sayalay was born in London as Beth Utpon and and left the UK at the age of 22 for spiritual search in the east, first to Sri Lanka then to Burma (Myanmar), where at age 25 she was ordained as a female monk at Pa Auk Monastery. She got her dhamma name from his preceptor, the Venerable Pa Auk Sayadaw.

She is focusing on the attainment of 8 jhanas that are psychic absortion states of concentration and through those working out all the steps of vipassana meditation to the final realization of awakening.

The 8 jhanas the preceed the vipassana stages in practice are:

First Jhana: The practitioner experiences extremely pleasant sensations and a cessation of any existing physical aches.

Second Jhana: This is characterized by emotional joy and increased serenity.
Third Jhana: Joy changes to a more subdued feeling of contentment.

Fourth Jhana: Equanimity reigns, with neither positive nor negative sensations in mind or body. Instead, there is an all-pervasive peace, with the mind singularly focused upon itself.

Fifth Jhana: The practitioner’s attention shifts outward, as if watching himself from above. The body experiences floating, expansive sensations, as though it were gradually filling out all of space.

Sixth Jhana: The meditator realizes that the unlimited space he “occupies” includes his own consciousness. There is a sense of unification with nature and concentration becomes further pinpointed.

Seventh Jhana: Realization dawns that this infinite consciousness contains nothing permanent – the universe is always in flux.

Eighth Jhana: This is a state of indescribable peace. There is little realization of the experience, yet the practitioner is not entirely unaware of what is happening, either. Enlightenment however, is still some distance away. 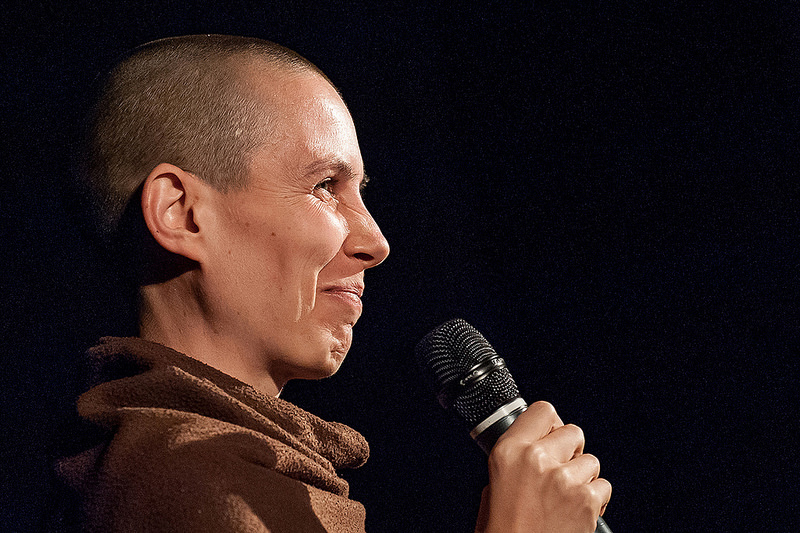 These days are historical because this will be the first time to have Sayalay Anuttara in Europe (in Hungary, after IEC) giving a 30-day meditation retreat. A bunch of people dreamed a big and created the opportunity to make it happen by donating for this beautiful purpose.

The European retreat needs more donations to happen, you are invited at IEC to give for the good cause!

The orginal vipassana meditation retreats are always donation-based, not just the Goenka courses but any vipassana course that follows the original teaching even on the organizational side. This allows an unparalleled purity of the path. You receive the gift of meditation for free and you offer a donation to give the possibility of waking up for other people. And that’s why it is a flowing stream of meditation. 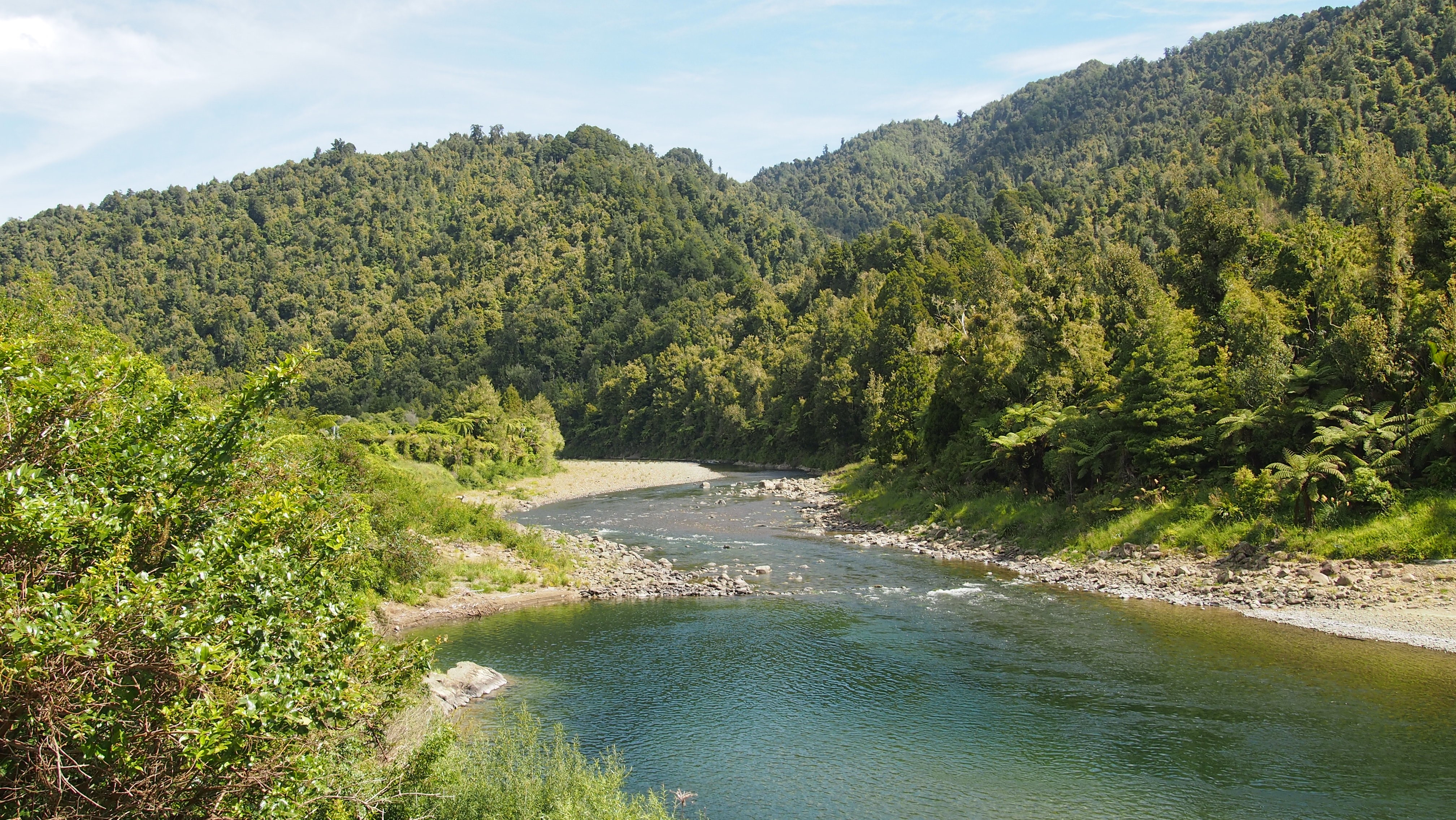 Vipassana meditation – to see things as they really are.

With Love,
The IEC team