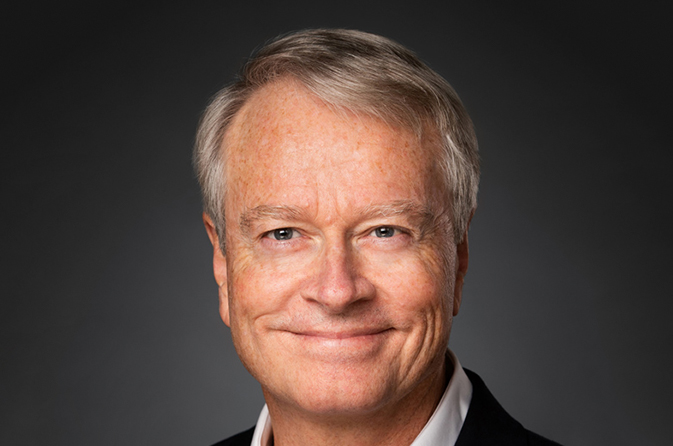 Why post-progressive politics can be useful for both Americans and Europeans?

We are pleased to present the keynote Steve Mcintosh and his session on “The Post-Progressive Political Perspective” at IEC 2021 Online.

Politics in America have been broken for quite a while, and many Europeans are deeply concerned about the future of American democracy. The troubling hyperpolarization of American culture, however, can also be seen as a powerfully problematic life condition that can lead to further cultural evolution.

In response to this challenge, the emerging “post-progressive” political perspective advocated by the Institute for Cultural Evolution offers a way forward. Because this new perspective is effectively positioned “outside and above” the continuum of Left and Right, it has the power to reconcile and harmonize competing worldviews, and thereby restore the minimum degree of social solidarity necessary for a functional democracy.

While European polities may not be as polarized as America, the need to integrate competing worldviews is a challenge that European countries are increasingly facing. By using its central method of “cultural intelligence,” the post-progressive approach to politics can help evolve consciousness in both America and Europe by increasing the scope of what people can value.

Beyond merely recognizing how different value systems are uniquely suited to solve discrete sets of problems, the practice of values integration also makes it possible to craft legislation and policy positions that have a better chance of being enacted. Gaining a clearer and deeper understanding of the bedrock of values that underlie American culture’s polarized political identities (shown in figures 2 and 3) facilitates the project of harmonizing and integrating these opposing values into specific political proposals. While trying to integrate the perceived political interests of all sides is often impossible, integrating the values of all sides, even if only partially, can lead to new forms of agreement.

A prime example of this kind of values integration is found in the issue of gay marriage. Advocacy for the right to marry has been the key to the larger success of the gay rights movement because the cause of gay marriage integrates important values from each of the four major value systems illustrated in figures 2 and 3: Gay marriage advances progressive caring values, liberal fairness values, modernist liberty values, and crucially, traditional heritage values. Traditionalists who otherwise object to “decadent homosexual lifestyles” find it much harder to resist calls for the basic right to make a family commitment through the institution of marriage. While perceived traditionalist interests are not included in the right for gays to marry, traditionalist values are included nonetheless. It was thus through values integration that this once-polarized issue has not only become law, it has also gained widespread social acceptance.

Another recent example of rapid political progress achieved by integrating values from across the spectrum, even in the face of a hyperpolarized political environment, is found in the issue of marijuana legalization. This once vilified botanical has now been decriminalized or legalized in 44 states, with more likely to follow.10 And like gay marriage, this issue has succeeded because it integrates the values of all four major categories. The cause of legal pot integrates caring values by decriminalizing the drug, it integrates fairness values by making a useful medicine available to those who need it, it integrates liberty values by ending morality- based prohibition, and again crucially, it also integrates the conservative values of federalism and subsidiarity, which seek to allow local populations to determine what’s best for their community when it comes to political issues such as prohibition.

Conversely, in the same way that the successful integration of values explains the recent success of issues such as gay marriage and the legalization of marijuana, the lack of adequate values integration helps explain why other issues remain stuck.

The issue of climate change, for example, has yet to achieve political success because its advocates have failed to sufficiently integrate the values of the right side of the spectrum into their cause. As I discuss at length elsewhere, 11 the strident anti-modernism of the progressive leaders of the climate change movement has produced strong resistance from those on the right, who would be less opposed to action on climate change if their values were better integrated into progressive policy proposals for this issue.

In their otherwise admirable efforts to preserve the environment, climate change activists often repudiate both modernist liberty values and the traditionalist heritage values that seek to protect the status quo. Conservative opposition to action on climate change, however, could be reduced by better integrating modernist concerns regarding the fragile ecology of markets, and the need to carefully consider the health of the economy in environmental policy decisions. Modernist values could also be integrated into this progressive cause by showing more interest in engaging the creative power of business, and by acknowledging that the gradual transition to sustainable forms of energy can be accomplished more readily by the private sector than by the Federal government.

In addition to climate change, the stuck issue of immigration could likewise move forward if the left’s values of fairness and caring were better combined with traditionalist heritage values (promoting immigrant assimilation) and the meritocratic values of fiscally conservative modernists (favoring immigrants with talent and resources).

In each of these examples, the process of integration requires more than simply combining values. As demonstrated by polarity theory,12 skillfully managing an interdependent system of values involves using the upsides of each pole to mitigate the downsides

of its opposing pole. This process is illustrated by considering the interdependent polar relationship between globalism and nationalism, which provides the next example of values integration.

Globalization as an economic trend, and globalism as an ideal, both depend on the ongoing viability of nation-states. Nations provide the underlying political structures that make increasing globalization possible. And every nation requires a degree of nationalistic patriotism to maintain its existence as a sustainable political entity. So at this time in history at least, the continuing integration of the peoples of the world relies on healthy civic nationalism as a support structure. But not only does globalism depend on nationalism, individual nation-states also depend in turn on global cooperation and the smooth functioning of the global economy. Even beyond economic considerations, national citizens worldwide, and especially the young, are encouraged by the promise that continuing global integration will lead to the overall betterment of people everywhere. Aspirations for increasing global solidarity and worldcentric morality thus provide hope for the ongoing progress of humanity. Although the perceived interests of nationalism and globalism may often seem to be at odds, the reciprocally intertwined nature of these levels of political development confirms their relationship as an interdependent polar system.

Figure 4 below illustrates the interdependent polarity of nationalism and globalism, taking the same form as the polarity charts of bedrock values shown in figures 2 and 3 above. Yet even more than the bedrock values charts, this nationalism-globalism polarity chart clearly shows how the positive values of each pole provide an effective remedy for the pathologies of its polar counterpart.

Figure 4. Chart of the value polarity between nationalism and globalism

Looking over figure 4’s polarity chart, notice how nationalism’s patriotic loyalty can help preserve the unique features of a nation’s traditions in the face of globalism’s cultural homogenization. Conversely, notice also how globalism’s commitment to free trade and international cooperation can counter nationalism’s predilection for a bellicose foreign policy. Other downward diagonal comparisons reveal additional ways that the positives of each pole provide remedies for the negatives of its opposite pole. As further examples, strong national governments can serve as a check on the power of multinational corporations, and a sense of global solidarity can counter nativism and xenophobia. All of the potential upsides and downsides of globalism and nationalism are obviously not included in this simple chart, but charting some of the positives and negatives side by side shows the interdependent relationship between these poles, as well as the benefits that can be realized through their effective integration.

These examples begin to show how the method of values integration can help Americans reconcile and use the full spectrum of political and social solutions that can be found within America’s overall cultural ecosystem.

The article is a contribution by Steve McIntosh to IEC 2021 Online.

Steve McIntosh, J.D. is president of the Institute for Cultural Evolution think tank. He is author of the recent book: Developmental Politics — How America Can Grow Into a Better Version of Itself (Paragon House 2020), and coauthor of: Conscious Leadership — Elevating Humanity Through Business (Penguin 2020). McIntosh is also author of three previous books on integral philosophy. His innovative political thinking has been featured on NPR, USA Today, The Daily Beast, The Hill, and other media.