Attachment theory and therapy on IEC 2022 by Dr. David Elliott 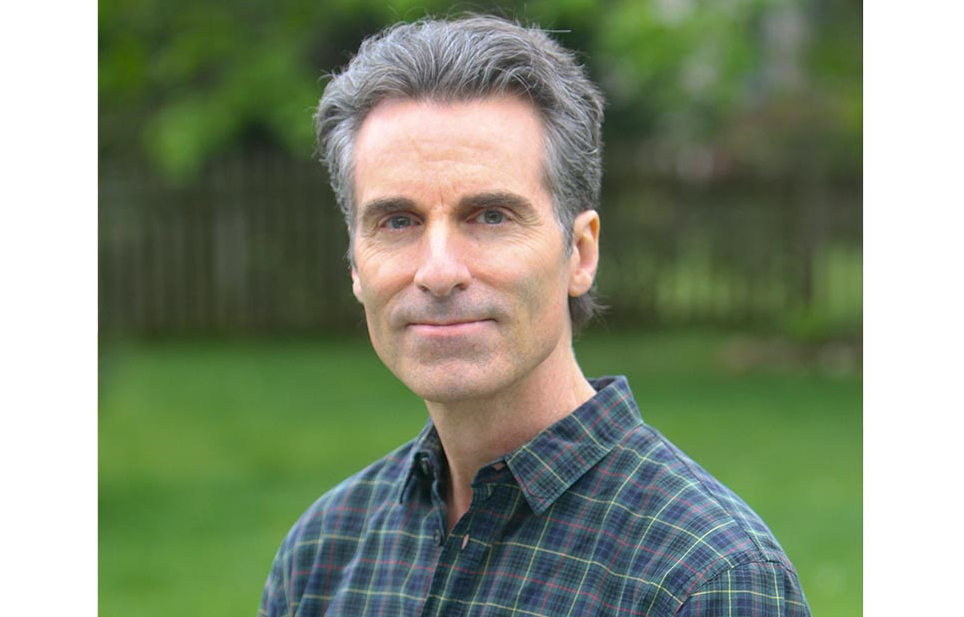 GET NOTIFIED ABOUT IEC NEWS

Ken Wilber wrote this about the book and its contents:

Attachment Disturbances in Adults is a comprehensive resource for understanding attachment, its development, its dysfunctions, its assessments, and its treatments. It covers relevant research in all these areas, grounding it in evidence-based actualities. But it is the book’s comprehensiveness, its thorough inclusiveness—not only with regard to all the important aspects of attachment but to the full field of treatment approaches available for each aspect, drawn together into a coherent and compelling synthesizing framework—that make it clearly the exemplary and definitive book to date on this extraordinary topic. A brilliant must-have for clinicians, therapists, and interested laypeople alike.

At IEC, Dr. Elliott will highlight how attachment patterns and dynamics are relevant to all of us, individually and relationally. He will show how looking at this large field through an integral lens can help us to better understand, work with, and if needed, resolve our own patterns. The integrally-informed “Three Pillars” of therapy respectfully includes and also transcends the many perspectives and approaches to therapy for attachment insecurity, and in his talk Dr. Elliott will provide an experiential taste of the innovative aspects of this approach.

Attachment Styles & Their Role in Relationships

From his website: “Attachment describes a type of bond that develops between infants and parents or caregivers, and ideally that bond is secure, meaning that the growing child consistently feels safe and experiences that his or her caregivers will more often than not be available, attuned, protective, comforting, and delighted by and encouraging of his or her unique self. If the attachment bond is insecure, then the child does not sufficiently experience these with his or her caregiver”.

If insecurity is not resolved, then the growing child and eventual adult will have expectations (conscious or not) that in close relationships he or she will continue to feel some mix of being not welcomed, not attuned to, not protected, not comforted, not delighted in, and not encouraged to be oneself. Often there is expectation of being hurt in some way.

When insecurity is present in relationships, whether friendships, romantic partnerships, family, or with co-workers, problems can arise and compound.

Dr. Elliott continues: “Insecure attachment during childhood makes us more vulnerable to a variety of psychological, emotional, and relationship problems later on, and if such problems occur, then they are more effectively resolved by directly working with the attachment issues.”

Current estimates of the prevalence of security and insecurity in the USA suggest that approximately 60% of adults are “secure”. This means that approximately 40% of adults in the USA have an “insecure” form of attachment! The mental health implications of this are striking. And certainly these numbers help to explain the high degree of relationship difficulty that is so common in our world.

Have you noticed repeating patterns of difficulty in your relationships? Taking a clear look at them from an attachment perspective can help you to resolve them!

How Many Attachment Patterns Are There?

As every individual is unique, we could say that there are as many ways that attachment can manifest as there are individuals. But of course there is benefit to reducing the complexity by seeing coherent patterns amidst the vast diversity. Following from John Bowlby‘s pioneering theorizing and writing about attachment, and Mary Ainsworth‘s  careful experimental and observational research, four attachment patterns are now the most commonly described*:

Of note is that the non-Secure patterns can vary tremendously in intensity or severity.  More severe versions will be described as “insecure”, whereas less severe versions are often referred to as “styles”.  Even secure people are likely to have one or more of the other patterns appear in close relationships.

Though for many practical purposes these four patterns are sufficient, it’s important to know that within the field of attachment there has been much more refinement and differentiation about how attachment dynamics can appear. For example, Patricia Crittenden has detailed a model that has over 20 identifiable attachment pattern possibilities during adulthood!

What is Your Attachment Pattern?

If you’d like, you can take a short quiz to get a sense of which of the four most commonly described patterns best fits your adult relationship experience. The quiz is an empirically-validated self-report test called the Experiences in Close Relationships scale (ECR-R). The quiz is completely anonymous, and provides you with immediate results in descriptive and graphic forms.

For more information about the characteristics of the four attachment patterns, and about how we understand they develop during childhood, you can read here.*

*Note: Dr. Elliott is not affiliated with The Attachment Project or its products, though it was originally founded and developed from the information that Drs. Elliott and Brown and their colleagues presented in the Attachment Disturbances in Adults book. 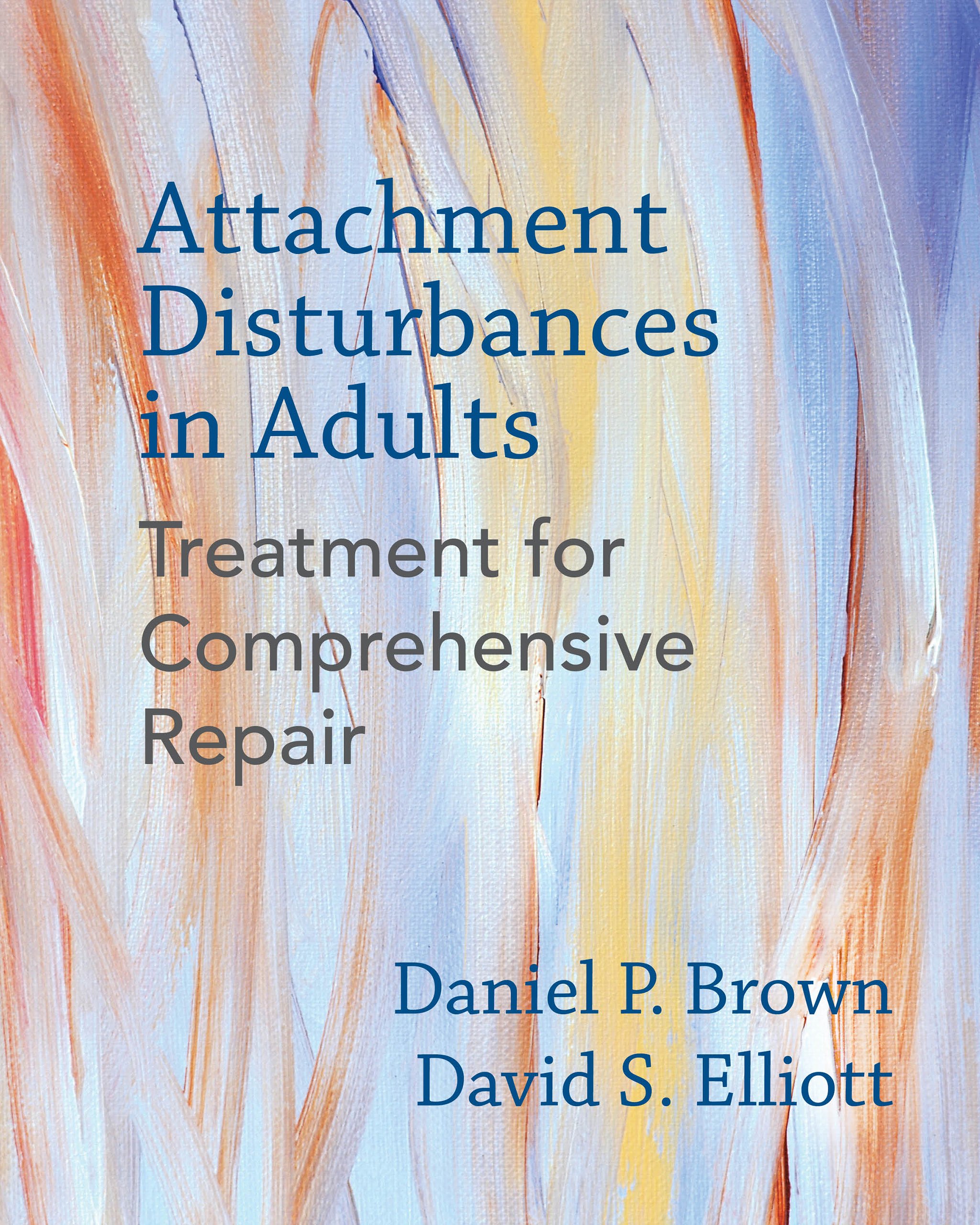 Attachment Disturbances in Adults is a landmark resource for mental health professionals.  In clear, accessible writing, it provides for understanding attachment, its development, and the most clinically relevant findings from attachment research, and for using this understanding to inform systematic, comprehensive, and clinically effective and efficient treatment of attachment disturbances in adults.

Co-authored with Dr. Daniel Brown,keynote speaker of IEC 2021, the book offers an innovative therapeutic model and set of methods — the Three Pillars — for treating adult patients with dismissing, anxious-preoccupied, or disorganized attachment. In rich detail, it integrates historical and leading-edge attachment research into practical, effective treatment protocols for each type of insecure attachment.

Dr. Elliott received his Ph.D. in Psychology in 1989 from Harvard University.

Recognizing from an early age that there are many dimensions to human experience, any and all of which can contribute to well-being or to difficulty, Dr. Elliott has maintained a commitment to learning and understanding the whole range of human possibility.

Dr. Elliott has had leadership roles in several professional organizations. He was President of the Rhode Island Psychological Association for a two-year term (2000 and 2001) and prior to that he was Chair of the Coalition of Mental Health Professionals of Rhode Island, also for two years. Both organizations advocate for availability and access to high quality and affordable mental health services.

Since 1998 Dr. Elliott has been on the faculty of and teaches annually at the International School for Psychotherapy, Counseling, and Group Leadership, in St. Petersburg, Russia. He is currently Chair of the International Advisory Board of the school.

He also teaches the methods detailed in the attachment book in workshops for mental health professionals, in the US and internationally.

GET NOTIFIED ABOUT IEC NEWS