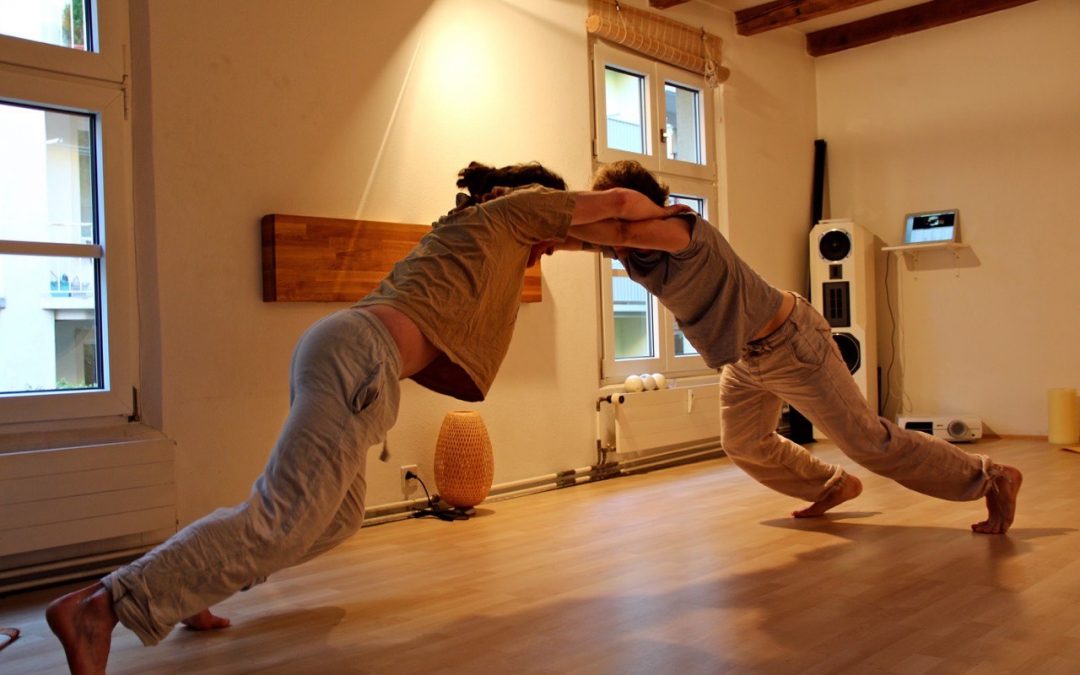 The evolved teal and turquoise stages of personality aimed for by integral can be reached through at least some extent of honest inner work, in which we uncover and process our individual and collective shadows to be more real, honest, and liberated. Therefore, shadow work plays an important role at IECs.

The Shadow Track contains offers that are intended to point to and integrate Shadows of the participants.

As in the other tracks, there will be theoretical presentations as well as practical workshops, all of them with the above goal.

With Shadow Work, there is always the danger that we focus too much on the Shadows of all the „people out there“, which usually leads into a spiral of complaining about the rest of the world and patting each others shoulders, while not confronting ourselves. The Integral Movement has a huge responsibilty in laying out the groundwork for many people to follow and so it is very important that this groundwork is as pure and authentic as possible.

What is the Shadow?

We all have different parts to ourselves. The parts of ourselves that have been exiled tend to become the shadow parts. Whatever we consider evil, inferior, or unacceptable and deny in ourselves becomes part of the shadow, the contrast to what Jung called the persona or conscious ego personality.

The situation which is more common and more familiar to the average man is that in which the ego identifies itself with the ethical values. The identification takes place by means of an identification of the ego with the persona. The ego confuses itself with the façade personality (which is of course in reality only that part of the personality that is tailored to fit the collective), and forgets that it possesses aspects which run counter to the persona. This means that the ego has repressed the shadow side and lost touch with the dark contents, which are negative and for this reason split off from the conscious sector. (C.G. Jung)

Projection, a sort of defense mechanism is how most people deny their shadow, unconsciously casting it onto others so as to avoid confronting it in themselves.

This confrontation is the first test of courage on the inner way, a test sufficient to frighten off most people, for the meeting with ourselves belongs to the more unpleasant things that can be avoided so long as we can project everything negative into the environment. But if we are able to see our own shadow and can bear knowing about it, then a small part of the problem has already been solved: we have at least brought up the personal unconscious. The shadow is a living part of the personality and therefore wants to live with it in some form. (C.G. Jung)

Why is Shadow Work so important?

What The Integral Movement needs the most is a pure and authentic foundation since we are laying out the groundwork of the next winding of the spiral! Moving forward, we will see it spreading like a wildfire, illuminating the undiscovered in every aspect of life!

So the most important moments of this evolutionary next step are right now! The seeds we plant today need to be pure so that a healthy tree can grow from them.

To plant healthy seeds and to live your life fully, join us for Shadow Work! It‘s about shedding light into the dark corners of your being in order to uncover hidden monsters or unknown treasures. You will find out how you are sabotaging yourself or holding back your amazing gifts. And once you get to know them, once you bring light into the darkness, you can take action and have a real choice.

The Shadow track contains awesome contributions that will guide you on this path and many chances to get real and confront your dark side. However, do not be mistaken, Shadow Work is tough! Uncovering your darkest secrets is not something that you will find comfortable. It requires strength, braveness and dedication.

So be aware that if you choose to confront your Shadow, it will hurt. It will scare you, make you want to fight everyone in the room or crawl under a blanket and hide. But more importantly,  it will also make you laugh, cry in joy and above all: it will make you whole.

Inside the Shadow Track, we want to create an opportunity for participants to commit to a more intense, close-encounter Shadow-Practice. This is intended for people who, besides participating in the overall conference, learning, socializing and enjoying – want to dedicate this time to their own development and uncovering of their hidden Shadows. More information about this Commitment Group will follow at a later point.

Daily Shadow Group Sessions
This will be a part of the Commitment Group. If you want to focus on your Growing Up, Cleaning Up and Waking Us, join us in the Commitment Group: we will get people like you together and create a community where you will be truly challenged, seen and held.

One-on-one coaching
Groupwork can be very intense and sometimes deep issues and big emotions need some care outside of the group-setting. This is why counselors/coaches will be available for one-on-ones between the sessions.

Daily Bodywork
Bodywork, especially what we call Integral Bodywork is of course closely linked to Shadow Work. A daily session of confrontational bodywork is also part of the Shadow track. What we mean by confrontational is that this kind of bodywork is designed to undergo our defense mechanisms and help bringing our Shadows to the surface. With a blend of Qi Gong, Yoga and Bioenergetics (heavily leaning on the latter) this can be accomplished.

Watch this video for more info on Commitment Group!

Hope to meet you in the Shadow Track!